This 12-minute podcast features JAMA Pediatrics Editor in Chief, Dimitri Christakis, MD, MPH, and Frederick Rivara, MD, MPH, Editor in Chief of JAMA Network Open, was also released alongside the Green et all study. The editors express how “very concerning” and “startling” the evidence is against fluoridation, and how the neurological damage is “on par with lead.” They praise the high quality of this study, and call for additional NIH funding of more fluoride research. Most importantly they recommend that pregnant women avoid drinking fluoridated water. 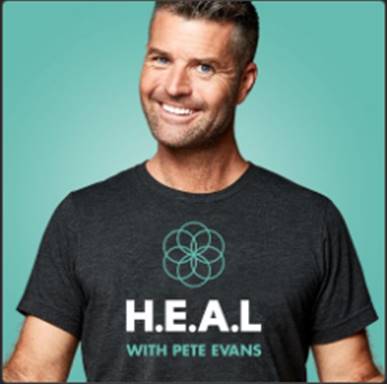 Dr Paul Connett is a graduate of Cambridge University and holds a PhD in chemistry from Dartmouth College. From 1983 to 2006 Paul taught chemistry at St Lawrence University in Canton, New York, where he specialised in environmental chemistry and toxicology.

Over the past 32 years Paul’s research on waste management has taken him to 49 states in the US, 7 provinces in Canada and 64 other countries – where he’s given over 2500 pro bono public presentations.

In 1996 Paul was persuaded by his wife Ellen to investigate the controversial practice of water fluoridation.

In 2000 he was one of the founders of the Fluoride Action Network (FAN) which he directed for 15 years. In 2003 he gave an invited presentation to a panel appointed by the US National Research Council, which published a landmark review of fluoride toxicity in 2006. In 2010 with two other authors he published The Case Against Fluoride.

Currently Paul is a senior advisor to FAN and specialises in international liaison among groups in other fluoridating countries.

Paul will tell us:

The difference between the fluoride which occurs naturally in our water, and the fluoride which is added to water supplies
Where that fluoride comes from, and why it’s added
The benefits of fluoride to our teeth
How fluoride is accumulative in our systems over a lifetime
The effects fluoride can have on the brain, skin and thyroid

To find out more about Paul Connett, please click here.

I’d love to know your thoughts and experiences – join the conversation on my Facebook page.

Why We Need To Talk About Fluoridation

When Dr. Hardy Limeback’s research on bone tissue led him to the realization that public water fluoridation is a costly mistake, his colleagues urged him to keep quiet. Instead he called a meeting to apologize for misleading his dental students on the safety of fluoride, beginning a lifelong conversation about the negative health effects of artificial water fluoridation.

Despite the toll on his career, Dr. Limeback continues to voice his concerns about this practice that affects millions of people around the world. In his interview with Melissa Gallico, he explains why—”I’m passionate. I want to see change before I die.” Dr. Hardy Limeback is the former head of preventive dentistry at the University of Toronto and a past president of the Canadian Association for Dental Research. He also has a PhD in collagen biochemistry and is a coauthor of the U.S. National Research Council’s 2006 report, Fluoride in Drinking Water.

US public health officials are very proud of their artificial water fluoridation program (the CDC named it one of the top ten public health achievements of the twentieth century) and they tell a nice story about its history. In this premier episode of The Gallico Show, host Melissa Gallico offers a different version of that story. Drawing from historical primary source documents which she links to in the transcript below, Gallico argues that public water fluoridation is, at its heart, a pollution scandal—the biggest pollution scandal in American history.

The Pollution Story Behind Fluoridation (Part 1)

Drawing from historical primary source documents which she links to in the notes below, intelligence analyst Melissa Gallico argues that public water fluoridation is, at its heart, a pollution scandal—the biggest pollution scandal in American history.

The Pollution Story Behind Fluoridation (Part 2)

Drawing from historical primary source documents which she links to in the notes below, intelligence analyst Melissa Gallico argues that public water fluoridation is, at its heart, a pollution scandal—the biggest pollution scandal in American history.

EPA’s Role in the Pollution Story Behind Fluoridation (Part 1)

When the scientists at EPA Headquarters formed a union in the early 1980s, one of the first complaints they received was from an employee who was being pressured to conceal the adverse health effects of artificial water fluoridation.

In this interview, author Melissa Gallico interviews Dr. Robert Carton, one of the first presidents of the union, who explains how the union fought to expose the scientific fraud at EPA that allows the reckless practice of public water fluoridation to continue to this day.

Dr. Robert Carton was a chemist and risk assessment manager at the Environmental Protection Agency from the 1970s to the 1990s prior to taking over as the Chief of Environmental Compliance at the U.S. Army Medical Research Command at Fort Detrick in Maryland. He has a PhD in environmental science from Rutgers University.

EPA’s Role in the Pollution Story Behind Fluoridation (Part 2)

In June 2000, Dr. William Hirzy testified on behalf of the EPA Union of Professional Employees in front of the U. S. Senate Subcommittee on Fisheries, Wildlife, and Drinking Water regarding the union’s unanimous decision to call for an immediate moratorium on artificial water fluoridation in the united States.

In this interview, author Melissa Gallico interviews Dr. Hirzy, about his historic congressional testimony and how the union fought to expose the scientific fraud at EPA that allows the reckless practice of public water fluoridation to continue to this day. Dr. J. William Hirzy worked in environmental and human health risk assessment for 35 years. In addition to his position as a senior risk assessment scientist at EPA Headquarters, he served four terms as president of the EPA union of professional employees and was a Chemist In Residence and adjunct professor at American University. He has a PhD in chemistry from the University of Missouri.

Our Stranger than Strangelove series documents some of the more fascinating angles of the fluoridation scandal that have long been overlooked, as told by former military intelligence officer and FBI analyst Melissa Gallico.

This episode delves into the 1954 congressional testimony of Ms. Florence Birmingham, the president of the Massachusetts Women’s Political Club, who claimed the government was conducting secret experiments about fluoridation at the Wrenthem State School for Feebleminded Children.

CDC’s Role in the Pollution Story Behind Fluoridation

The U.S. government’s promotion of fluoridation stems from a small team of officials within the Oral Health Division at the Centers for Disease Control (CDC) in Atlanta, Georgia.

In August 2007, a nonprofit organization called the Lillie Center for Energy and Health Studies filed an ethics complaint against the CDC director and the Oral Health Division over their intentional efforts to mislead the public on the toxicity and health risks of fluoridation.

Daniel Stockin, MPH, is a career public health official and former manager of the Environmental Protection Agency’s Western Regional Lead Training Center. He has a master’s degree in public health from San Diego State University and a bachelor of science in biology from Westmont College. He is currently director of the Lillie Center, a non-profit organization dedicated to energy and health studies in Ellijay, Georgia.

The Problem With Fluoride

For decades we’ve been told that fluoridation of water helps prevent cavities, but science doesn’t support that claim. As a matter of fact, fluoride is a waste product that is so toxic it is not allowed to be dumped in our landfills, and yet somehow it is routinely added to our water supply.

Integrative Biological Dentist Dr. Griffin Cole explains the history of water fluoridation and how this practice is negatively impacting our health. Systemic fluoride interferes with our hormone balance, the thyroid, kidneys, and more. He also explains how we can personally avoid fluoride in our diets and the water, and how to defend our rights to clean, fluoride-free water in our communities.

An interview on GreenPlanetFM.com (New Zealand)

Science has known for a hundred years that fluoride suppresses thyroid function. Fetuses can be born without a thyroid gland at all but the mother will provide the hormone. The importance of the mother and what she takes into her body is very relevant. Professor PJ Pop in the Netherlands – has a number of papers – and what is noticed is that there is reduced intelligence once the fetus is born.

Pregnancy, postpartum and the thyroid: isn’t it time to offer women optimal care? Note that students studying water management or to become doctors were never told anything about fluoridation in University. So they pass through University, in a state of unknowingness about what is added to the water. There is very little fluoride research on the human body

Declan – says he first came into the knowingness that something was awry with fluoride in 2006 – when he found that no studies or research had been completed on the human body, other than the effect on teeth and bones. No other organs, or brain tissue or – anything.

Then in the US the National Academies 2006 report on fluoride and drinking water impelled the top committee who were responsible for this report, to bring together their top academics across the USA, from neurology, toxicology and dentistry to assess this data. They then put together a list of close to 70 different areas that they needed studies to be taken, to fill the gaps of lack of knowledge for the effects of fluoride on people’s health.

Could Downs Syndrome be a result of exposure to drinking Fluoride in tap water?

Declan goes on to say that Ireland has the highest ratio of Downs Syndrome on earth and these academics also posited the question of the possibility that it was ‘biologically plausible that fluoride exposure could result in Downs Syndrome.’ This was a shock to Declan.

And in this major study – all the criticisms of the other 52 studies that have been done over the years were essentially addressed.

In the first hour, we discuss fluoride propaganda and science. We’ll hear about the history of fluoride from dental research to economic interests, including the collusion between the U.S. government and fluoride producers.

Fluoride in Australia: Queensland fighting back

In this audio podcast (Episode #08 of the Australian Roundtable), Ethan, Johnno and Lindsay give a basic background of water fluoridation in Queensland, an update on yet another council removing mass medication from water supplies, and a general discussion on their thoughts/experiences with the toxin.

Fluoride: The HIdden Cause of Acne

Ellen Kamhi and Melissa Gallico provide an investigation into the root cause of the modern acne epidemic–fluoride–and how to remove it from your diet and lifestyle for clear, healthy skin. Melissa is a former military intelligence officer, Fulbright scholar, and intelligence specialist at the Federal Bureau of Investigation.

How to Avoid Fluoride

Vibin’ Higher takes a look at a few methods people can use to avoid the fluoride in their water supply.