Several programs and studies overseas and locally have clearly demonstrated that coordinated and collaborative fluoride-free strategies protect children from the risks of ingesting fluoridation chemicals, outperform in dental decay and cost and can also improve overall health.

Often the narrative or reasoning behind fluoridation is that it is directed to help the communities or those individuals most in need. Scotland has developed the Childsmile initiative that aims to reach those who they deem “most in need”. It is a national programme designed to improve the oral health of children and reduce inequalities both in dental health and access to dental services. 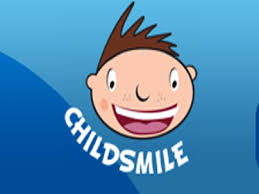 The Childsmile program involves the distribution of free dental packs and supervised toothbrushing programmes in all nurseries, and in priority schools. Both parents and children also receive education on healthy eating.

Childsmile has become the model program for the prevention of dental caries in young children Scotland and should become a model for Australia and the other fluoridating countries. Implemented in 2001 to target children from deprived areas, it has proven to be far more effective than the fluoridation of public drinking water in the United States and other fluoridating countries. Unlike fluoridation, it does not force children to swallow fluoride. However, Childsmile does target children at greatest risk of caries for fluoride sealants and they do encourage the use of toothpaste with fluoride.

This is a successful example of one method to reduce cavities amongst children, whilst not infringing on people’s freedom of choice. As everyone can choose to get assistance from a program such as this – it is unlike forced fluoridation, where the masses are exposed to a toxin, which ends up in all processed water and drink, air, soil, drinking water, etc. Australians could benefit from following the same suit. We should have the right to choose. In the end – individual responsibility is essential – the masses need not suffer due to individual irresponsibility.

In September 2017 the Scottish Government stated in a press release stating “The Childsmile programme, with its emphasis on prevention, rather than treatment has resulted in significant improvements in children’s oral health across Scotland. Our aim is that every child has access to Childsmile.”

The success of the Childsmile is because it is a coordinated, strategic program from the government down, with all major stakeholders involved. The Scottish people want health equality and they are willing to collaborate to achieve it. Secondly, the target of the program is prevention, not treatment.

For an analysis of how the Childsmile program has far outperformed New Zealand dental performance, click here. For an in-depth cost comparison, click here.

In future, Fluoride Free Australia will be providing a detailed comparison of Scotland and Australia’s dental health for children.

The non-operative caries treatment programme (NOCTP) used since 1987 in the municipality of Nexo in Denmark has been tested in several studies since its first results were released. The NOCTP emphasises mechanical plaque control and considers the eruption period of molar teeth as a risk factor.

Recent study on effectiveness of NOCTP the Netherlands (2018)

Application of the Nexø method in a general dental practice in the Netherlands: 6‐year results of a RCT source

The aim of the most recent study which occurred in the Netherlands (published in March 2018) was to test the hypothesis that a different caries‐preventive effect can be found between children who followed an NOCTP (non‐operative caries treatment programme, also known as the Nexø method from Denmark used sine 1987) regimen or an IPFA (Professional Fluoride Applications) regimen compared with regular care (routine twice‐yearly dental check‐ups with professional topical fluoride application and sealing the occlusal surfaces of newly erupting first permanent molars on a routine basis) after 6 years. In this study, the outcomes after 6 years (when the children were 12 years old) are compared with the results at baseline and after 3 years.

NOCTA was a randomized clinical controlled trial study (March 2018) on caries‐preventive measures in 6‐ to 12‐year‐old children, performed among 3 groups of children: (i) care as usual (dental check‐ups twice a year, accompanied by a professional fluoride application and the placement of occlusal sealants on a routine basis) (CONTROL); (ii) care as usual plus 2 extra professional fluoride applications (IPFA); or (iii) a non‐operative caries treatment programme based on the Nexø method in which recall interval and caries‐preventive measures were individualized based on caries activity, eruption stage and motivation of the parent (NOCTP).

A total of 106 12‐year‐old children of the initial 230 6‐year‐olds completed the full‐length study. Children in the NOCTP group developed 0.67 decayed, missing or filled surfaces (DMFS). This value was 0.86 in the IPFA group and 1.02 in control group. The level of oral hygiene was most favourable in the NOCTP group (OHI‐s score 0.61 vs 0.87 [IPFA] and 0.70 [control]). Differences were not statistically significant.

After the publication of the long‐term outcomes of the initial study applying the Nexo approach, showing that the programme is effective in the reduction in caries in children and adolescents between 0 and 18 years. Source.

Three studies have successfully applied the program in different settings. In Russia, the method was applied in one district of Moscow, source in Greenland, NOCTP was part of a national caries strategy change, source and in the Netherlands, the strategy was applied in one large dental clinic for children up to 18 years. Source.

A study that was perormed in Australia concluded that the tested programme did not differ from care as usual. Source. However, parents’ involvement was no focus in this programme.

Outcomes 18 years after implementation of a nonoperative caries preventive program – the Nexö‐method – on children in Moscow, Russia: source

Outcomes of a non-operative caries treatment programme for children and adolescents: Source

Designed to Smile is a national program to improve the oral health of children in Wales. It is funded by the Welsh Government and was launched in 2009. All of the Designed to Smile services and all NHS dental treatments for children are FREE. 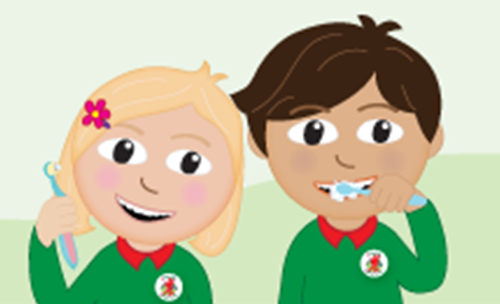 Designed to Smile is: A preventative program for children from birth:
This involves a wide range of professionals, including health visitors and other early years services. The aims are to help start good habits early by giving advice to families with young children, providing toothbrushes and toothpaste, and encouraging going to a dental practice before a child’s first birthday.

A preventative program for Nursery and Primary School children: This involves the delivery of nursery and school-based toothbrushing and fluoride varnish programmes for children to help protect teeth against decay.

Plonka obviously chose this area because it has some of the highest prevalence of tooth decay in Queensland and possibly Australia. Through a series of home visits, Ms Plonka’s project helped reduced the rate of decay from around 23 per cent to just 2 per cent and down to 7 per cent via regular telephone calls.

“We wanted to find out what kind of preventative measures would help communities the most and the drastic improvements we saw from both home visits and telephone support were exciting,” Ms Plonka said.

According to Ms Plonka, the current model of care predominantly supports a harsh and expensive “drill and fill” approach with minimal emphasis placed on prevention.

“When a child is born, the mouth is sterile and oral bacteria is acquired over the first couple years of life, so timing of prevention is everything,” Ms Plonka said.

In both the home visit education program and the telephone education program, Ms Plonka used tooth brushing instruction and general dietary advice six monthly from birth. The mothers could contact the program for advice and support as their children progressed. The children who still developed tooth decay in the study were found to be more likely to have developmental defects in tooth enamel, which occur pre-birth and are very difficult to prevent.

“The effects of preventative education not only reduces the rate of decay in children, but can contribute to developing informed, healthy habits and therefore reduce adult decay later on,” Ms Plonka said.

In 2016 dental student, Ellen Clark, undertook a research project “Supervised tooth brushing in Northland” as her thesis for her Masters degree in Community Dentistry. She concluded ”The findings show improved caries outcomes at one year for children involved in a supervised tooth brushing program; it is the first New Zealand study to show this. It is also the first study in the world to show that an overall improvement in oral health can occur in children who take part in a supervised tooth brushing program. This reinforces the need for policy to consider other approaches to improve children’s oral health in communities that experience high caries and poor oral health.”

Another way to combat tooth decay is for schools to adopt “no junk food” policies. This not only reduces dental decay, but improves overall health.

The full report is available here.