The adverse effects of fluoride on our skeletal system were first acknowledged nearly 90 years ago. Since then a host of scientific research has confirmed the damage fluoride can do to our bones. So why hasn’t our national health body acted on their own recommendation made 28 years ago to investigate this matter further?

More quotes from professionals >>
“As an active researcher of environmental toxicology and children’s health I was once a believer in the value of adding fluoride to water. Then I became acquainted with David Kennedy, DDS, and he presented information about fluorosis and introduced me to FAN and scientific research. I was appalled by my lack of understanding and knowledge about fluorides and their impact on health. We should be protecting the public from systemic exposure to this toxin and not adding it to public water supplies." 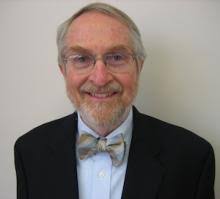 In March 1991, in the final published version of this report, they admitted they were aware of the possible damage that fluoride can cause to our skeletal system. But they should have been well aware of this potentially adverse effect given that the mild-to-debilitating condition of skeletal fluorosis was identified and documented in detail almost 60 years earlier.

In the early 1930s, two research scientists on either side of the globe, methodically examined factory workers affected by fluoride toxicity in Europe and America. They both independently reported on the crippling damage fluoride was doing to many parts of the body, but especially the skeletal system in the form of skeletal fluorosis. Both independently warned of the consequences of industrial fluoride pollution. Of course factory fluoride exposure was much higher than current ingested fluoride/water levels but the work of these two scientists firmly established that fluoride damages our bones.

We will investigate the science subsequent to these decades-old concerns raised, but first we’ll take a closer look at the NHMRC’s comments. In their 1991 report, The Effectiveness of Water Fluoridation, the Working Group appropriately recommended that measurements of fluoride levels in bone be collected as part of a study. In its recommendation, they wrote:

“If skeletal fluorosis is occurring in Australians, it is likely to be slight, and it will most likely occur in those who drink large amounts of water, or whose renal function is impaired. Studies on bone fluoride collected at autopsy in selected individuals could provide needed reassurance that the current policy is not resulting in hazardous levels of bone accumulation.”

If the Working Group had taken professional and objective measures and instigated a clinical study to examine bone-fluoride levels in Australians consuming water and processed foods containing fluoridation chemicals – as of course they should have done – this would have been the first fluoride harms-related study conducted by NHMRC. If this had been implemented, today we would have a reliable study to evaluate one important aspect of harms directly due to the ingestion of fluoridation chemicals.

Nearly 30 years later, however, not only has this particular recommendation been completely ignored or conveniently avoided, there has still not been one single harms-related study conducted by NHMRC, other than dental fluorosis. But as we point out in our articles Dental fluorosis and Can the NHMRC be trusted?, the methodology used does not engender a great deal of confidence.

Fluoride can cause osteoarthritis

Fluoride and osteoarthritis – before skeletal fluorosis is evident

For years, US and Australian health authorities have assumed that fluoride does not cause arthritic symptoms before the traditional bone changes of fluorosis are evident on x-ray. Several studies strongly suggests that this long-held assumption is in error.

Tartatovskaya (1995): This team of Russian researchers found that fluoride-exposed individuals suffer a significantly elevated rate of osteoarthritis in the absence of radiologically detectable fluorosis in the spine.

Czerwinski (1988): Consistent with the Turkish and Russian studies, a team of Polish researchers examined 2,258 fluoride-exposed workers in the aluminum industry and found high rates of arthritic effects in the absence of fluorosis bone changes. Although the researchers could only detect fluorosis by x-ray in 1% of the workers, they found high rates of joint pain in the knee, hip, elbow, shoulder and lumbar spine, with the pains correlating to the duration of fluoride exposure.

As fluoride can cause OA in the joints prior to, and in the absence of, detectable osteosclerosis in the spine, skeletal fluorosis is difficult to diagnose. Many doctors are simply not trained to recognise fluoride-induced osteoarthritis (“secondary osteoarthritis”) and therefore many cases will be misdiagnosed as “primary osteoarthritis,” thus depriving patients of the most effective treatment for the condition (reduction in fluoride exposure).

In 1995, Roschger and his team of Austrian researchers highlighted the difficulty of differentiating between osteoarthritis and early stage skeletal fluorosis. In this study, the doctors conducted x-rays of a woman who received high-dose fluoride treatment for six years as an experimental treatment for osteoporosis. After the woman sustained multiple spontaneous fractures, the doctors x-rayed her skeleton and measured her bone density. The“radiographs of the skeleton and bone scintigraphy showed degenerative osteoarthritis,” but none of the traditional signs of skeletal fluorosis. It wasn’t until the doctors performed a bone biopsy that the doctors were able to detect the presence of fluorosis. As the doctors noted, “Without bone biopsy we would have failed the correct diagnosis.” Based on this experience, the doctors concluded that “invasive investigation of the skeleton (bone biopsy, histomorphometry, BSEI plus SAXS) is the only diagnostic tool, when skeletal fluorosis is suspected.”

Tartatovskaya LY, et al. (1995). Clinical and hygiene assessment of the combined effect on the body of vibration and fluorine. Noise and Vibration Bulletin 263-264. Abstract available here.