Australia’s oral health is often described as a crisis, yet part of the solution is to expand our ineffective and harmful  fluoridation program

"Tooth decay is the most common chronic disease in childhood; over 90 per cent of adults have experienced dental caries.". 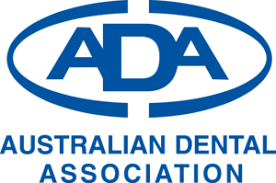 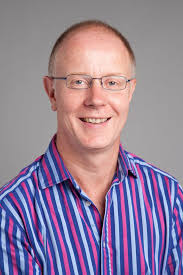 Around 90 per cent of Australia’s population receives reticulated fluoridated drinking water (RFDW). Australia is therefore one of the most fluoridated countries in the world. However our national oral health status is often described as a crisis, with decay rates worse than most non-fluoridating European countries (including those that do not use fluoridated salt1) and worse than our less-fluoridated neighbor New Zealand.

In March 2018, the Oral Health Tracker2 revealed that a massive 90 per cent of adults have experienced tooth decay. This compares to New Zealand where 46 per cent of the population receives RFDW and around 50 per cent has any form of tooth decay.

In March 2019, the Australian Institute of Health and Welfare (AIHW) reported that 42 per cent of all children aged 5 to 10 have experienced tooth decay in their primary teeth; about 25 per cent of children aged 6 to 14 have experienced decay in their permanent teeth; and that all Australians aged 15 and over have an average 12.8 decayed, missing of filled teeth – and that’s amongst 32 teeth in most adults.3 This means that of the 90 per cent of Australians with any form of decay, 40 per cent of teeth are decayed, missing or filled.

AIHW also revealed that in 2016-2017, there was a staggering 132,700 hospitalisations involving general anaesthesia for dental procedures.3 In NSW alone, the state’s hospitalisation data shows that tooth decay and other preventable dental problems resulted in 16,700 NSW adults and children in hospital in 2015-16.

THE major cause of tooth decay in Australia is blatantly obvious…

People who are socially disadvantaged or on low incomes: This group has historically been identified as those on a low income and/or receiving some form of government income assistance, but now extends to include people experiencing other forms of disadvantage including refugees, homeless people, some people from culturally and linguistically diverse backgrounds, and people in institutions or correctional facilities.

Aboriginal and Torres Strait Islander Australians: Indigenous Australians are more likely than other Australians to have multiple caries and untreated dental disease, and less likely to have received preventive dental care (AHMAC 2017). The oral health status of Indigenous Australians, like all Australians, is influenced by many factors and a tendency towards unfavourable dental visiting patterns, broadly associated with accessibility, cost and a lack of cultural awareness by some service providers.

People living in regional and remote areas: Overall, this group has poorer oral health than those in Major cities and oral health status generally declines as remoteness increases.

People with additional and/or specialised health care needs: This group includes people living with mental illness, people with physical, intellectual and developmental disabilities, people with complex medical needs and frail older people. These people can be vulnerable to oral disease; for example, some medications for chronic diseases can cause a dry mouth, which increases the risk of tooth decay.

It is important to note that the above four disadvantaged groups are significantly more vulnerable to diabetes, kidney disease, heart disease and mental health problems. Part of our government’s solution to rampant tooth decay is to ensure these groups receive RFDW, and yet these groups are also significantly more susceptible to adverse health effects of fluoridation. Many peer-reviewed studies also show that fluoride is a nephrotoxin and neurotoxin, so the idea of treating these subpopulation groups – or anyone for that matter – with fluoride, is not only ridiculous, it’s potentially negligent.

AIHW and the National Advisory Council on Dental Health (2012)4 state that the major contributors to poor oral health are:

The major causes of poor dental health are in fact:

The claim that a lack of fluoridation is a major contributor to poor oral health is completely erroneous. For more details, please read our article: Water fluoridation is not effective.