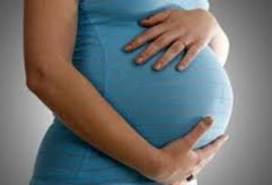 “New strong science supports what is already known: fluoride lowers IQ. Further, it increases the absorption of lead, which is known to contribute to hyperactivity among other health issues. We cannot afford the continued dumbing-down of American and the world's children. The USA needs to start at home with the abolishment of public water fluoridation, and set an example for other countries.”
Mary Kelly Sutton
MD
“Fluoride is a slow poison, causes dental, skeletal and non-skeletal fluorosis. It affects almost all the organs in the body. Most serious is its damage to the brain. There is strong evidence that it lowers IQ in children." 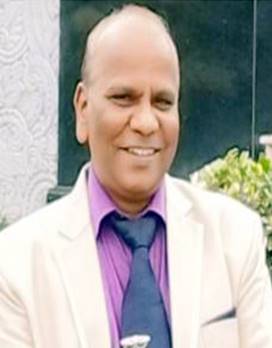 Until September 2017, a total of 52 human studies had been conducted worldwide demonstrating the fluoride-induced neurological damage of fluoride to the developing brain and, in particular, the link between fluoride ingestion and reduced IQ. On 19 September 2017 the results of a major, long-term, multi-million-dollar study were published in Environmental Health Perspectives journal confirming this link.

The study is titled Prenatal Fluoride Exposure and Cognitive Outcomes in Children at 4 and 6–12 Years of Age in Mexico. Often referred to as the “Bashash” study after the name of the lead researcher, its aim was to “estimate the association of prenatal exposure to fluoride with offspring neurocognitive development.” In other words, the study set out to measure the effect fluoride might have on the developing brain, especially in terms of IQ. It effectively did just that – the researchers found a link between fluoride in the urine of pregnant women and lower measures of intelligence in their offspring.

It is worth listing some of the elements of this study before taking a closer look at the results:

The researchers measured fluoride exposure for the Mexican mothers and their children by examining the chemical content of their urine. “Since we’re using an integrated biological marker, it will give you a fairly standardized measure,” said the study’s principal investigator and lead author, Dr Howard Hu, Professor of Environmental Health, Epidemiology and Global Health at Toronto University’s Dalla Lana School of Public Health.

Previous studies measured fluoride exposure by analysing it in the environment, such as in water. “This is a very rigorous epidemiological study. You just can’t deny it. It’s directly related to whether fluoride is a risk for the neurodevelopment of children. So, to say it has no relevance to the folks in the U.S. seems disingenuous…” says Howard Hu.

The study found a strong correlation between total fluoride exposure to women during pregnancy and lowered IQ in their offspring at aged 4 years and again at age 6 – 12 years. In fact the study reported that for every 0.5 mg/L increase of fluoride in the urine of the mothers there was a statistically significant decrease in average IQ of the children of about 3 IQ points. A fluoride level in urine of 1 mg/L could result in a loss of 5 – 6 IQ points.

It is the first study to point to “in utero” exposure as the key period for lowering IQ by fluoride. This makes complete sense because the fetal stage is the most vulnerable and susceptible stage of human development.

“This is a very rigorous epidemiology study. You just can’t deny it. It’s directly related to whether fluoride is a risk for the neurodevelopment of children. So, to say it has no relevance to the folks in the U.S. seems disingenuous…” 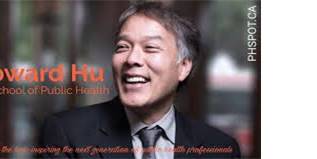 The range of fluoride exposures and doses in this study is likely to be very close to the range and dose in fluoridated areas of Australia, New Zealand or the United States. This study is therefore totally applicable to Australia and New Zealand. Unlike other studies, there is no need to extrapolate downward from effects at higher doses and therefore the claims by fluoridation defenders that only studies using much higher doses than occur in areas with artificial fluoridation have shown a loss of IQ are firmly refuted by this study.

This study offers confirmation of previous less sophisticated studies in Mexico, China and elsewhere. Some of those studies had higher fluoride exposures than are commonly found in the US or Australia, but many did not. The sole study in a country with artificial water fluoridation (as opposed to artificial salt fluoridation which was likely a main source of fluoride in this new study) was by Broadbent in New Zealand. That study found no association between water fluoride levels and IQ and was trumpeted by fluoridation defenders. But that study was also shown to have almost no difference in TOTAL fluoride intake between the children with fluoridated water and those with unfluoridated water, since – rather remarkably – most of the children drinking unfluoridated water were also given fluoride supplements. In other words this study is flagrantly lacking in basic control of confounding factors – a characteristic seemingly quite typical amongst most pro-fluoride studies.

The authors of the Bashash study are cautious in their conclusions, as is common for scientists. However the implications of this study are enormous. Dr Paul Connett PhD, says, “A single study will never prove that fluoride lowers IQ at doses found in fluoridated areas, but this is more than a red flag. It is a cannon shot across the bow of the 80 year old practice of artificial fluoridation.” Connett goes on to say; “Why would anybody rate the equivalency or supremacy of reducing tooth decay by about one cavity a lifetime when what’s at stake is the mental development of your children? It’s utterly preposterous.”

"...this is more than a red flag. It is a cannon shot across the bow of an 80 year old practice of artificial fluoridation." 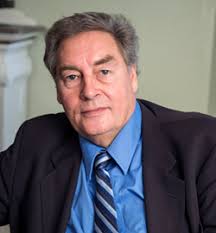 In light of the Bashash study, the issue of fluoride concentration and dose is extremely important. Fluoride proponents always seem to refer to the concentration of fluoride in drinking water (mg/L) as the focus of concern. However this is just one of the misleading (or ignorant) tactics used. It is the DOSE in mg/day which is the key – and it is TOTAL DOSE which is imperative.

Taking this one obvious and important step further, the effect of total dose will differ significantly according to bodyweight. The same dose, therefore, will be worse for an infant (or baby) than for a child; while the same dose for a child will be worse than for an adult. To underline those concerns a new measure called DOSAGE is introduced – this is milligrams per kilogram of bodyweight per day (mg/kg-bw/day). Obviously the smaller the bodyweight the worse any dose of fluoride will be.

With this in mind the increased sensitivity of the foetus is quite apparent. Then consider the body weight of the foetus in the first trimester! This period is possibly the most crucial and most ultra-sensitive time for the foetus as far as fluoride toxicity and other potential neurotoxicity is concerned.

Mothers’ milk protects the newborn baby from fluoride, however water fluoridation (bottle-fed babies using tap water) removes that protection. Fluoride can easily pass through the membrane between the mother and the foetus. As the Bashash study confirms, the foetus cannot escape the influence of fluoride ingested by the mother.

Fluoride Free Australia is eagerly (and patiently) awaiting the NHMRC’s analysis and opinion on the Bashash study published on 19 September 2017 – soon after the release of its 2017 Public Statement on Fluoridation, callously dismissing all other fluoride-IQ studies, without consideration for total fluoride dosage.