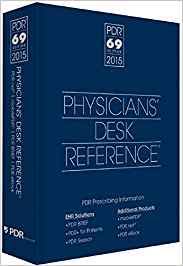 “In hypersensitive individuals, fluorides occasionally cause skin eruptions such as atopic dermatitis, eczema or urticaria. Gastric distress, headache and weakness have also been reported. These hypersensitivity reactions usually disappear promptly after discontinuation of the fluoride.”
Physician’s Desk Reference

In the 1950s, the renowned allergist George Waldbott discovered that some individuals are hypersensitive to ingested fluoride. In a series of case reports and double-blind studies, Waldbott and other doctors found that relatively small doses of ingested fluoride, including the consumption of fluoridated water, could induce side effects that would quickly reverse after ceasing fluoride exposure.1

In 1961, consistent with Waldbott’s research, the largest ever government-funded clinical trial of fluoride supplements reported that one per cent of the children taking the 1 mg fluoride tablets exhibited hypersensitive reactions.2

In 1972 a double-blind study3 was conducted in the Netherlands by 10 physicians, demonstrating the same adverse symptoms as revealed in previous studies. It was found that one to five per cent of individuals in the study showed adverse symptoms. The validity of the study was subsequently upheld in court. With this evidence and various other studies showing the toxicity of fluoride, on 31 August 1976, by Royal decree, fluoridation was banned in the Netherlands.

In 1979 in Australia, The Hamer Commission of Inquiry into the Fluoridation of Victorian Water Supplies received 100 statutory declarations, some with doctor’s certificates, regarding fluoride hypersensitivity. All of these stated the symptoms cleared up after switching to distilled water for drinking and cooking. The Commission never called for medical testing.

In 1997 a Finnish study found that the rate of skin rashes in a city’s population decreased significantly within months of the city terminating its water fluoridation program.  “The most frequently reported symptoms that disappeared from the time of actual to known discontinuation of fluoridation seemed to be itching and dryness of the skin.”4

Extrapolating from the Netherlands study, an estimated 160,000 to 800,000 Australians are likely to suffer from some degree of fluoride hypersensitivity. In many cases the symptoms will be minor and they will be accepted as common everyday occurrences rather than fluoride related. However, there are also cases involving progressive chronic fatigue and other debilitating symptoms.

References for this article