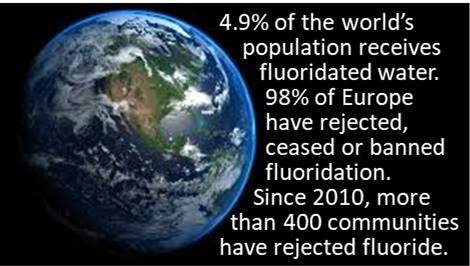 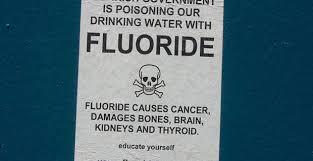 “Fluoride is a potent poison for enzymes. I cannot reconcile putting it into the water source or children’s mouths. Money has to be the motivation because it makes no sense otherwise.”
Stephanie F. Cave, MD
More quotes from professionals >>

Australia’s National Health and Medical Research Council and our respective state governments – who are ultimately responsible for fluoridating our drinking water in each state – consistently fail to mention several relevant facts about fluoridation, as follows: 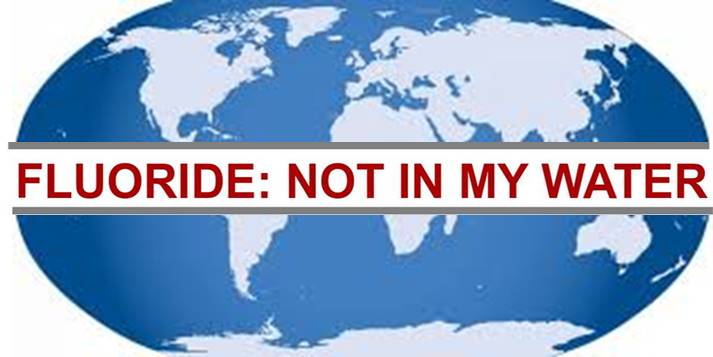 Since 1990, more than 500 communities worldwide have ended existing fluoridation programs or rejected new efforts to fluoridate, either by council vote or citizen referendum. In 2017 alone, at least 17 communities with a combined population of approximately 500,000 voted to prohibit fluoridation. This brings the number of victories since 2010 to more than 400 communities, representing more than 7 million people. This includes large communities such as Calgary and Windsor in Canada (combined population 1.58 million) and in the US, Portland, Oregon (900,000), Wichita, Kansas (385,000), and Bucks County, Pennsylvania (385,000).

A total of 98 per cent of the population of western European countries have ceased, rejected or banned the process of fluoridation. These include: Austria, Belgium, Denmark, Finland, France, Germany, Greece, Iceland, Italy, Luxembourg, Netherlands, Northern Ireland, Norway, Portugal, Scotland, Sweden, Switzerland, and approximately 90 per cent of both the United Kingdom and Spain. It is relevant to review the reasons that each respective health department provided when deciding to reject fluoridation.

China, Japan and Israel have also banned fluoridation. China, India and Senegal are spending considerable amounts of money to remove naturally occurring calcium fluoride from water supplies with more than 1ppm due to adverse health effects;

Major efforts are also well underway in the United States to have fluoridation discontinued altogether, with a united coalition launching a Supreme Court case against the US Environmental Protection Agency (EPA) to stop fluoridation in America altogether.

It is also worth noting that extensive efforts are made by many people in Australia, New Zealand and other fluoridated countries to avoid drinking fluoridated water by buying bottled water (a serious environmental problem) or by installing expensive reverse-osmosis filters. These actions involve many millions of dollars and will only become more common as the general public become aware of the above facts and other information about fluoride.

This global trend is occurring simply because there is a substantial body of scientific research to show that fluoride is not safe and not effective at reducing tooth decay. Mandatory water fluoridation is also a violation of medical ethics.

More details about communities that have rejected fluoridation since 2010 are available here. 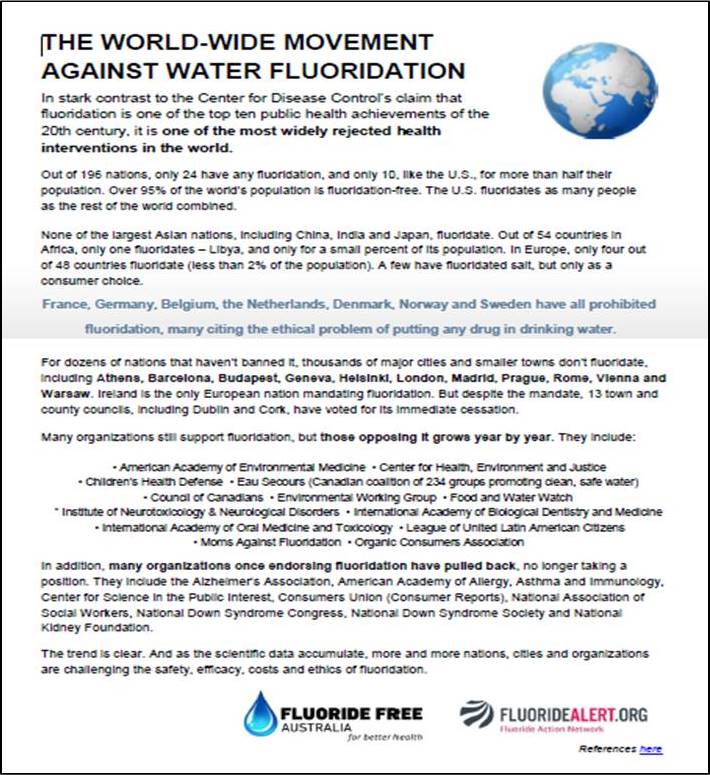