Most European countries decided to cease or never to commence fluoridation. Read what they have to say about fluoride and the process of forced fluoridation. 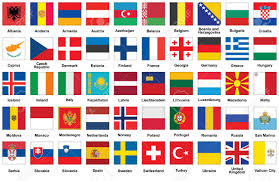 “I am quite convinced that water fluoridation, in a not-too-distant future, will be consigned to medical history… The addition of drugs to the drinking water means exactly the opposite of an individualized therapy. Not only in that the dose cannot be adapted to individual requirements. It is, in addition, based on a completely irrelevant factor, namely consumption of drinking water, which varies greatly between individuals and is, moreover, very poorly surveyed.”

City of Basel, Switzerland; Excerpt from a report on rejecting fluoridation, 2003

“I want to emphasize the fact that nowhere in Europe, where fluoridation has been stopped, has there been an increase of dental caries observed afterwards. Also, when collecting new, random data about natural fluoride content of drinking waters and dental caries from the WHO databases in Geneva in 1987, I could not find a trace of a benefit of (natural) fluoride in drinking water.” 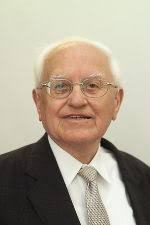 Rudolf Ziegelbecker
Mag. Dipl.-Ing. Dr.techn. Austria
More quotes from professionals >>
Story at a glance: only about 2% of Europe receive fluoridation chemicals in their drinking water

If nearly all of the European countries had decided on a frivolous whim – without any reasonable process of analysis or investigation – to discard or refuse fluoridation, then of course their apparent mass rejection of fluoride might be viewed as contentious.  But each individual government or respective health department among the European nations has thoroughly investigated and evaluated the scientific evidence and especially the safety, effectiveness and medical ethics of fluoride and they have – almost unanimously – decided to cease, reject or even ban the process of water fluoridation.

Ireland is the only European nation to embrace this practice for the majority of its population, with around 73% of the Irish people receiving fluoridated water. The only others to add fluoride to their drinking water are Spain (11%), the UK (10%), Serbia (3%) and Poland (1%).

This means that Austria, Belgium, Denmark, Finland, France, Germany, Greece, Iceland, Italy, Luxembourg, Netherlands, Northern Ireland, Norway, Portugal, Scotland, Sweden, Switzerland, and approximately 90% of both the United Kingdom and Spain do not fluoridate or receive fluoridated water. While some of these countries make fluoridated salt available, the majority do not. Contrary to what fluoride proponents often claim, the only western European countries to allow salt fluoridation are Austria, France, Germany, Spain, and Switzerland. And much of the population of these countries wisely opt for unfluoridated salt because of the general awareness of the toxicity of fluoride and the public comments made by their government representatives, as listed below.

Therefore, if fluoride was indeed “one of the top ten public health achievements of the twentieth century,” as once touted by the US CDC (Centres for Disease Control) and the US Surgeon General, then it would be quite reasonable to assume that largely unfluoridated European teeth would be noticeably more decayed than the rest of the developed world, if not unsightly, rotting and falling out en masse. Strangely, that’s not the case. In fact, according to WHO (World Health Organisation) data, it’s quite the opposite. Before we explain further, perhaps we should mention that there was one little problem with the CDC’s somewhat rambunctious “top 10 health achievements” statement.

Firstly this statement was made by two people within the CDC – a dentist (who had never previously written about fluoride) and an economist, both with absolutely no knowledge or understanding of the toxicoloy of fluoridation chemicals. Secondly, they also had no understanding of the real effectiveness of fluoride because their statement was based on the major decline in tooth decay rates that occurred across all developed countries (fluoridated and unfluoridated) and these two people – rather unscientifically, if not stupidly – attributed this decline largely to fluoride.

Many fluoride advocates, including Australia’s NHMRC and our respective state health departments, still confidently trumpet the CDC’s bold and naive statement, without realising for a moment how ridiculous and inaccurate it really is. In doing so they continue to mislead the public about the real effectiveness of fluoridation.

As Dr. Paul Connett points out in “50 Reasons to Oppose Fluoridation”, and as the WHO “CAPP” database (the largest dental database in the world) clearly reveals, tooth decay rates have declined in non-fluoridating European countries as precipitously over the past 50 years as they have in Australia, the United States and other developed fluoridating countries. Even more interesting is that most of the counties with the lowest decay rates on the WHO list also do not use fluoridated salt.

See a summary of this study here.

So if fluoride really is so wonderfully effective at protecting our teeth against decay, why is it that countries that have never fluoridated and have never used fluoridated salt are ranked amongst the lowest dental decay rates in the WHO CAPP database? Why is it that the NHMRC consistently ignores this WHO data (not to mention other major large-scale studies clearly showing that fluoride is ineffective) and at the same time also ignores or dismisses major health studies that repeatedly show at least the potential harms of low-level, long-term fluoride ingestion? And why does the NHMRC continue to refer to the CDC’s ridiculous assertion that “community water fluoridation is seen as one of the top public health achievements” when it clearly doesn’t work?!

We could ask more questions, but perhaps we should now take a look at the public statements made by representatives of these European countries to see what their thorough investigations revealed and what they had to say about the process of adding fluoridation chemicals to their drinking water.

“This water treatment has never been of use in Belgium and will never be (we hope so) into the future. The main reason for that is the fundamental position of the drinking water sector that it is not its task to deliver medicinal treatment to people. This is the sole responsibility of health services.”
Chr. Legros, Directeur, Belgaqua, Brussels, Belgium, February 28, 2000.

“We are pleased to inform you that according to the Danish Ministry of Environment and Energy, toxic fluorides have never been added to the public water supplies. Consequently, no Danish city has ever been fluoridated.”
Klaus Werner, Royal Danish Embassy, Washington DC, December 22, 1999.

To read the Danish Ministry of the Environment’s reasons for banning fluoridation, click here, or watch this video.

“Artificial fluoridation of drinking water supplies has been practiced in Finland only in one town, Kuopio, situated in eastern Finland and with a population of about 80,000 people (1.6% of the Finnish population). Fluoridation started in 1959 and finished in 1992 as a result of the resistance of local population. The most usual grounds for the resistance presented in this context were an individual’s right to drinking water without additional chemicals used for the medication of limited population groups. A concept of “force-feeding” was also mentioned.

Drinking water fluoridation is not prohibited in Finland but no municipalities have turned out to be willing to practice it. Water suppliers, naturally, have always been against dosing of fluoride chemicals into water.”
Leena Hiisvirta, M.Sc., Chief Engineer, Ministry of Social Affairs and Health, Finland, January 12, 1996.

“Fluoride chemicals are not included in the list [of ‘chemicals for drinking water treatment’]. This is due to ethical as well as medical considerations.”
Louis Sanchez, Directeur de la Protection de l’Environment, August 25, 2000.

“Fluoride has never been added to the public water supplies in Luxembourg. In our views, the drinking water isn’t the suitable way for medicinal treatment and that people needing an addition of fluoride can decide by their own to use the most appropriate way, like the intake of fluoride tablets, to cover their [daily] needs.”
Jean-Marie RIES, Head, Water Department, Administration De L’Environment, May 3, 2000.

“The implementation of fluoridation of drinking water is practically feasible, by adding a controlled dose of a fluoride compound to the drinking water. This could be realized at relatively low cost. On the other hand, there are also several major barriers for implementation. In the first place, at present the addition of chemicals to drinking water is prohibited by law in the Netherlands. This law came into effect because it was widely perceived that drinking water should not be used as a vehicle for pharmaceuticals. Furthermore, fluoridation of drinking water would conflict with the freedom to choose for natural drinking water. This principle of freedom of choice is considered as an important basic principle in the Netherlands.”
2007 – RIVM report 270091004/2007 for the Dutch Ministry of Health, Welfare and Sports. Title of report: Economic evaluation of prevention: further evidence.

“The water supply in Northern Ireland has never been artificially fluoridated except in 2 small localities where fluoride was added to the water for about 30 years up to last year. Fluoridation ceased at these locations for operational reasons. At this time, there are no plans to commence fluoridation of water supplies in Northern Ireland.”
C.J. Grimes, Department for Regional Development, Belfast, November 6, 2000.

“In Norway we had a rather intense discussion on this subject some 20 years ago, and the conclusion was that drinking water should not be fluoridated.”

“Drinking water fluoridation is not allowed in Sweden…New scientific documentation or changes in dental health situation that could alter the conclusions of the Commission have not been shown.”
Gunnar Guzikowski, Chief Government Inspector, Livsmedels Verket — National Food Administration Drinking Water Division, Sweden, February 28, 2000.

Watch this video: An interview with Dr. Arvid Carsson, Nobel Laureate in Medicine, who helped lead the campaign to prevent fluoridation in Sweden in the late 1970s.

On 9 April 2003, the City Parliament of Basel, Switzerland voted 73 to 23 to stop Basel’s 41 year water fluoridation program. Basel was the only city in Switzerland to fluoridate its water, and the only city in continental western Europe, outside of a few areas in Spain. The following statements are excepts from the report:

“I am quite convinced that water fluoridation, in a not-too-distant future, will be consigned to medical history… The addition of drugs to the drinking water means exactly the opposite of an individualized therapy. Not only in that the dose cannot be adapted to individual requirements. It is, in addition, based on a completely irrelevant factor, namely consumption of drinking water, which varies greatly between individuals and is, moreover, very poorly surveyed.”

“No study or investigation can belay clearly that water fluoridation obtains better results as a measure to reduce tooth decay than other means of base (systemic) fluoridation” (i.e. salt fluoridation).

“The freedom of the individual to choose the appropriate prophylaxis method itself was also a major point in the debate… While fluoridated water as supplied by the city has virtually no competition, it is possible to buy non fluoridated (and non iodized) salt anywhere.”

SCOTLAND: In November 2004, after months of consultation, Scotland – which is currently unfluoridated – rejected plans to add fluoride to the nation’s water. See details about their ChildSmile program in Alternatives to Fluoride.