"Fluoride uptake in coronary arteries is associated with an increased cardiovascular risk of sudden death. Fluoride causes enhanced deposition of doped Hydroxyapatite which leads to inflammation and sites for fatty deposits of atherosclerosis." 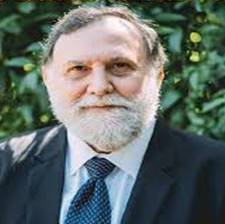 Fluoride is a known Heart Poison

The Australian Institute of Health and Welfare states: “Coronary heart disease is the leading underlying cause of death in Australia, followed by dementia and Alzheimer disease, and cerebrovascular diseases (which includes stroke).”[AIHW 2016].

According to the Heart Research Institute “Every 12 minutes, an Australian dies from cardiovascular disease”[HRI 2016]. “Cardiovascular disease is the biggest killer in Australia and worldwide. It was responsible for a third of all Australian deaths in 2010, killing 45,500 people and affecting two out of every three families. In 2009-10, there were 482,000 hospitalisations directly caused by heart disease, and 800,000 hospitalisations where heart disease was a secondary factor.”

Fluoride continuously accumulates in the human body over a lifetime [Pain 2015b and references therein] including the heart [Stookey 1963, Panneerselvam 2015] and arteries [Greever 1971, Susheela 1990]. The accumulation of Fluoride involves microcalcification which is discussed in the next section.

The toxic impact of Fluoride on the heart and arteries has been studied by hundreds of scientists and carefully reviewed but has not attracted the interest of the media or science journalists, therefore the general public and politicians remain ignorant of the risks [Agalakova 2012, Blank 2012, Waugh 2013, FAN 2016].

The manufacturers of Fluorosilicic Acid used in fluoridation of public drinking water are aware that acute exposure to the toxin is likely to induce ventricular fibrillation and cardiac arrest [CSBP 2005].

The warning signs of a direct link to increased heart disease mortality emerged very early in human experimental Fluoride toxicology studies as discussed by Sauerheber [2013] who summarized the disaster thus:

In Grand Rapids there was an increase of 50%, over a period of 4 years, in the deaths from intra-cranial lesions (Stroke) following the introduction of fluoridation [Miller 1952, cited in Prystupa 2011].

A study of 69 people exposed to Fluoride in their drinking water found that 63 died suddenly, primarily due to trauma, cardiovascular disease, and cerebrovascular causes [Zipkin 1958, cited in Prystupa 2011]. Cardiac patients have been found to exhibit high serum Fluoride [Hanhijarvi 1981].

Fluoridation is known to increase systolic blood pressure [Amini 2001]. This hypertension is a primary risk factor for cardiovascular disease.

The Australian National Health and Medical Research Council (NHMRC), in its rushed review [Coleman 2007a] of the health impacts of water fluoridation, chose to deliberately ignore [Coleman 2007b] numerous examples of evidence relevant to cardiovascular damage by Fluoride that it found by literature search [Houtman 1996, Tyagi 1996, Artru 1997, Johnson 1998, Maheswaran 1999, Jehle 2000, Kousa 2004, Bogatchera 2006 and references therein].

The scope of the NHMRC survey was inadequate, failing to find other directly relevant studies such as toxic effects of fluoride on beating myocardial cells cultured in vitro [Wang 1998].

Perhaps the NHMRC did not want to discuss unfavourable interactions of Fluoride with metallo-enzymes [Houtman 1996, Tyagi 1996, Johnson 1998].

Perhaps the NHMRC did not want to discuss unfavourable interactions of Fluoride with Magnesium metabolism [Maheswaran 1999].

Perhaps the NHMRC did not want to discuss or draw attention to unfavourable interactions of Fluoride known to increase cardiovascular hazards interleukin-6 and interleukin-8 [Jehle 2000].

Perhaps the NHMRC did not want to discuss the results of Bogatcheva and co-workers who state “Exposure to fluorides induces inflammatory reactions, cell contractile responses, cell proliferation or cell cycle arrest, and apoptosis” and discuss Fluoride induced intracellular increase in Calcium, endothelial cytoskeletal rearrangement and changes in permeability and its toxic impact on numerous biological pathways [Bogatcheva 2006, note references therein].

The NHMRC cherry picked a single study that they thought was evidence of a “small protective effect” of Fluoride against heart attack [Kaipio 2004], but did not discuss the statistically insignificant results in Kousa [2004].

Although the toxic effects of Fluoride on the cardiovascular and cerebrovascular systems have not received adequate attention in Australia, most of the advanced world has had teams of researchers working on the details over the last 60 years.

Acute and chronic Fluoride poisoning is known to induce heart arrhythmia [Karademir 2011] and is associated with hypocalcaemia. Abnormal electrocardiograms (ECGs) are observed at higher rates among those with skeletal fluorosis [Okushi 1954, Takamori 1956, Wang 1983, Xu 1997, Ji 2004, Liao 2013].

Fluoride doping stabilizes and enhances precipitation of Hydroxyapatite [Pain 2015a]. Hydroxyapatite is the major constituent of the calcified deposits seen in atherosclerotic vessels [Morgan 2005, Tomazic 2001, Stary 2000] and its presence is a cause of coronary events including death [Fitzgerald 1992, Arad 2000].

As expected, arterial calcifications are associated with skeletal fluorosis [Tuncel 1984]. The aorta has been found to accumulate Fluoride up to 8,400 ppm [Greever 1971]. The elastic properties of the ascending aorta are impaired in patients with mild levels of fluoride toxicity [Varol 2010].
The use of positron emission tomograghy with the radioisotope 18F has enabled detailed studies of calcification sites in arterial walls, the aorta and the heart [Opie 1997, Derlin, Wykrzykowska 2009, Li 2011, Dweck 2014].

Fluoride-induced oxidative stress with reduced activity of antioxidant enzymes in the heart has been demonstrated in humans and experimental animals [Barbier 2010, Cheng 2013].

VCAM-1 plays a critical in atherosclerosis [O’Brien 1993, Ramos 1999, Ley 2001].
P-selectin on activated endothelium and platelets binds monocytes, neutrophils, stimulated T cells, and platelets. This process of adhesion is an important factor in the development of early atherosclerotic lesions [Johnson 1997, Ramos 1999]. Fluoride therefore increases fatty streak formation of the aorta and other sites.

Fluoride increases pro-inflammatory Interleukin-6 (IL-6) levels which are elevated in patients with acute coronary syndromes contributing to the exacerbation of atherosclerosis [Schieffer 2004].

Fluoride increases Interleukin-8 (IL-8). As has been stated “there is sufficient evidence to support beyond any doubt the involvement of IL-8 in the establishment and preservation of the inflammatory micro-environment of the insulted vascular wall” [Apostolakis 2009].

Fluoride is well known as a destructive influence on the Thyroid [Durrant-Peatfield 2004] and this has been linked to heart damage caused by insufficient release of T3 and T4, and decrease in the protein-dependent iodine levels of blood [Dönmez 2003]. Reduction of T4 has been linked to hypertension [Streeton 1988] and heart disease [Rodondi 2010]. A study of breakdown and death of racehorses exposed to Fluoride found 12 deaths from sudden heart failure from aortic rupture or myocarditis [UC Davis, cited in Sauerheber 2013]. Many of the horses dying of heart failure were being treated with thyroxine.

As discussed, Fluoride damages the heart in many ways through inhibition of endocrine systems, ion transport, enzymes and calcification leading to inflammation and oxidative stress.

Fluoride attacks the Ryanodine receptor (RyR), a tetrameric, high molecular weight protein that functions as a calcium release channel [Butanda-Ochoa 2006]. RyR is involved in signal transduction, excitation-contraction and excitation-secretion coupling. Fluoride causes Hyperthermia maligna (a common cause of death from fluorinated anaesthetics), central core disease and myocardial infarction by its action on RyR.

Energy production in heart mitochondria is reduced by Fluoride [Pacauskiene 2009]. Further details of mitochondrial damage have emerged from detailed study of damage done to teeth by Fluoride [Suzuki 2015].

Fluoride can act in combination with Aluminium by forming complex ions that mimic phosphate and interfere with normal G protein functions. However Fluoride can also act alone in causing unnatural contractions of arteries and Diabetics are at higher risk of the effect [Hattori 2000].
Fluoride interferes with magnesium availability and this deficiency is associated with arrhythmia and inflammation [Elwood 1994].

Low dose fluoride exposure of human cells ranging from 0.1-0.45ppm induced a 40% increase in lipid peroxidation. Lipid peroxidation is associated with atherosclerosis and ischemic heart disease through increased production of free radicals, known as oxidative stress.
Depletion of thioretinaco ozonide from cellular membranes has been suggested to underlie the carcinogenic and atherogenic effects of fluoride and other electrophilic carcinogens [McCully 2009, cited in Osmunson 2015].

The U. S. Center for Disease Control Agency for Toxic Substances and Disease Registry states that, “These populations (those who are at higher risk of the adverse effects of Fluoride) include the elderly, people with deficiencies of calcium, magnesium, and/or vitamin C, and people with cardiovascular and kidney problems.” [US Department of Health and Human Services 1993].
Fluoridation of drinking water at 1.5mg/L “dramatically increased the incipient aortic calcification observed in rats with experimental chronic kidney disease” [Martín-Pardillos 2014, cited in MacArthur 2015].

Sudden cardiac death in young children has been investigated in fluoridated Republic of Ireland [Morris 2009].

Fluoridation of public drinking water directly raises the amount of Lead intoxication of the unwitting population through the process of Plumbosolvency [Pain 2015c]. Fluoride enhances sudden death by Lead intoxication.

Lead exposure significantly increases all-cause, circulatory and cardiovascular mortality [Lustberg 2002]. Lead increases mortality from myocardial infarction and stroke with increasing blood lead concentration after a 12 year follow-up of 13,946 adults [Menke 2006]. The association of Lead with hypertension has been investigated [Navas-Acien 2008].
The recent water crisis in Flint Michigan which saw over 100,000 residents delivered contaminated drinking water with toxic doses of Lead and Fluoride will unfortunately claim victims of cardiovascular disease as well as neurological damage in future years.

This brief survey shows that hundreds of scientists have studied the toxic impact of Fluoride on the cardiovascular system for over 70 years and the detailed evidence of harm is overwhelming. The general public needs to be warned to minimize their total Fluoride intake. Especially vulnerable groups such as the unborn, diabetics and those with compromised kidneys or thyroid must be protected. Promotion of Fluoride and Fluoridation must cease. Politicians must purge the bureaucracy of Fluoride promoters. Not a single excess death caused by water fluoridation can be tolerated.

Those marked with an asterisk were found but deliberately ignored by The Australian National Health and Medical Research Council in 2007.