"Fluoride is now introduced at a much earlier stage of human development than ever before and consequently alters the normal fluoride-pharmacokinetics in infants. But can one dramatically increase the normal fluoride-intake to infants and get away with it?"
Dr. Jennifer Luke
PhD, BDS, Dentist, fluoride researcher, England

Infants are by far the most susceptible to fluoride toxicity. Due to their small size, infants receive up to four times more fluoride (per kilogram of body weight) than adults consuming the same level of fluoride in water. Not only do infants receive a larger dose, they have an impaired ability to excrete fluoride through their kidneys. Healthy adults can excrete more than 50 per cent of fluoride ingested. Infants, however, normally excrete around 15 to 20 per cent. This results in higher rates of bioaccumulation of fluoride in the body, and may explain why infants fed formula made with fluoridated water suffer higher rates of dental fluorosis during childhood.

A baby’s blood brain barrier is not fully developed at birth, so neurotoxic fluoride has greater access to the brain than as an adult. More than 30 studies have associated elevated fluoride exposure with neurological impairment in children. This may be caused or exacerbated by fluoride’s affect on the thyroid gland. Parents should therefore take precautions to reduce their child’s exposure to fluoride as much as possible.

In 1994, the American Dental Association (ADA), American Academy of Pediatrics (AAP), and American Academy of Pediatric Dentistry (AAPD) reversed their old policy of recommending that doctors prescribe fluoride supplements to newborn infants. While these organizations have refrained from taking the obvious step of recommending that fluoridated water not be be added to infant formula (a practice that exposes infants to nearly 4 times more fluoride than supplements) a growing number of prominent dental researchers have made this recommendation. 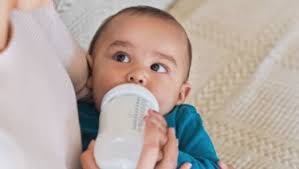 "If using a product that needs to be reconstituted, parents and caregivers should consider using water that has no or low levels of fluoride.” 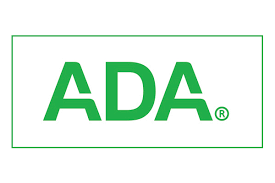 “The fluoride content of water used to reconstitute infant formulae has a greater impact on fluoride intake of fully formula‐fed infants than the fluoride content of the powdered infant formulae. Infants fully formula‐fed on formulae prepared with optimally fluoridated water (0.7‐1.0mg/L) have a high probability of exceeding the UL for fluoride and are at increased risk of dental fluorosis.”

Timing of fluoride intake in relation to development of fluorosis on maxillary central incisors.

Associations between Intakes of Fluoride from Beverages during Infancy and Dental Fluorosis of Primary Teeth.

“Our data suggest that the fluoride contribution of water used to reconstitute infant feedings is a major determinant of primary tooth fluorosis.”

Breastfeeding is protective against dental fluorosis in a nonfluoridated rural area of Ontario, Canada

“Our results suggest that breastfeeding infants may help to protect against fluorosis. This is consistent with other studies that suggest that consuming infant formula reconstituted with tap water increases the risk for dental fluorosis. Importantly, this study shows that the protective effect of breastfeeding is important not only in fluoridated communities but also in nonfluoridated areas. Parents should therefore be advised that they may be able to protect their children from dental fluorosis by breastfeeding their infant and by extending the duration for which they breastfeed.”

Risk of enamel fluorosis in nonfluoridated and optimally fluoridated populations: considerations for the dental professional.

“The findings of this investigation suggest that nearly 10 percent of the enamel fluorosis cases in optimally fluoridated areas could be explained by having used infant formula in the form of a powdered concentrate during the first year.”

Risk periods in the development of dental fluorosis.

“The findings indicate that early mineralising teeth (central incisors and first molars) are highly susceptible to dental fluorosis if exposed to fluoride from the first and – to a lesser extent – also from the 2nd year of life.”

Risk factors for enamel fluorosis in optimally fluoridated children born after the US manufacturers’ decision to reduce the fluoride concentration of infant formula.

“There was a strong association between mild-to-moderate fluorosis on later forming enamel surfaces and infant formula use in the form of powdered concentrate (OR=10.77, 95% CI 1.89-61.25).”

The risk of fluorosis in students exposed to a higher than optimal concentration of fluoride in well water.

Absorption and retention of dietary and supplemental fluoride by infants.