“Right now we have 1 in 6 children in the US with neurodevelopmental brain disease, including ADHD, Autism Spectrum Disorders, low IQ and behavioral disorders, and 1 in 8 women who will develop thyroid disease. These two epidemics tell us that chemicals like fluoride and lead, both developmental neurotoxins and endocrine disruptors, have no place in our public water." 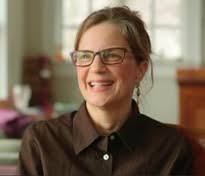 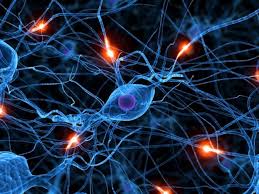 For an overview of the neurotoxicity of fluoridation chemicals, please refer to our articles:

More quotes
"Exposure to fluoride during fetal development is associated with lower IQ scores. These findings, which suggest that fluoride is neurotoxic, underscore the need to critically evaluate the practice of water fluoridation."
Rivka Ruth Green
Prenatal Fluoride Exposure and Neurodevelopmental Outcomes in a National Birth Cohort; Aug 2019

(Not in chronological order)

Prenatal Fluoride Exposure and Neurodevelopmental Outcomes in a National Birth Cohort
“Exposure to fluoride during fetal development is associated with lower IQ scores. These findings, which suggest that fluoride is neurotoxic, underscore the need to critically evaluate the practice of water fluoridation.” August 2019

Prenatal fluoride exposure and cognitive outcomes in children at 4 and 6–12 years of age in Mexico
This 12-year, US$3 million, government-funded study showed significant reductions in children’s IQ when their mothers were exposed to fluoride during pregnancy. This carefully-controlled study of Mexican mother-offspring pairs by American and Canadian researchers, mothers were receiving the same fluoride doses as mothers in the US and Australia who live in communities that add fluoride to their water. Environmental Health Perspectives: September 2017. Also see our article: Fluoride and reduced IQ

Prenatal fluoride exposure and neurobehavior among children 1–3 years of age in Mexico
“Our findings add to our team’s recently published report on prenatal fluoride and cognition at ages 4 and 6–12 years by suggesting that higher in utero exposure to F has an adverse impact on offspring cognitive development that can be detected earlier, in the first three years of life.” Occupational & Environmental Medicine: March 2018

Prenatal fluoride exposure and attention deficit hyperactivity disorder (ADHD) symptoms in children at 6-12 years of age in Mexico City
“Higher levels of fluoride exposure during pregnancy were associated with global measures of ADHD and more symptoms of inattention [in offspring]. This is consistent with a growing body of evidence linking neurotoxicity to early-life fluoride exposure.”
Environment International: December 2018

Exposure to fluoridated water and attention deficit hyperactivity disorder prevalence among children and adolescents in the United States: an ecological association
“This study has empirically demonstrated an association between more widespread exposure to fluoridated water and increased ADHD prevalence in U.S. children and adolescents, even after controlling for SES. The findings suggest that fluoridated water may be an environmental risk factor for ADHD. Population studies designed to examine possible mechanisms, patterns and levels of exposure, covariates and moderators of this relationship are warranted.”
Environmental Health: February 2015

Environmental chemical exposures and neurodevelopmental impairments in children
“The current approach to regulating a chemical in the U.S. is to restrict its use only after it is shown unequivocally that exposure impairs human health. Unfortunately, even rudimentary toxicological data are available for only a small fraction of the approximately 80,000 chemicals in use, and most of these data pertain to rather health endpoints such as death, cancer, and birth defects rather than subtle alterations in brain development and function. It is our responsibility to future generations to reduce or, when possible, to eliminate the threats that these chemicals pose to their future well-being.”
Pediatric Medicine: November 2018

Potential role of fluoride in the etiopathogenesis of Alzheimer’s Disease
“Fluoride is widespread in the environment and it easily crosses the blood-brain barrier. In the brain fluoride affects cellular energy metabolism, synthesis of inflammatory factors, neurotransmitter metabolism, microglial activation, and the expression of proteins involved in neuronal maturation. Finally, and of specific importance to its role in Alzheimer’s disease, studies report fluoride-induced apoptosis and inflammation within the central nervous system. We describe the impact of fluoride-induced oxidative stress and inflammation in the pathogenesis of AD and demonstrate a role for apoptosis in disease progression, as well as a mechanism for its initiation by fluoride. The influence of fluoride on processes of AD initiation and progression is complex and warrants further investigation, especially considering growing environmental fluoride pollution.
International Journal of Molecular Sciences: December2018

Influence of acetylcholinesterase inhibitors used in Alzheimer’s Disease treatment on the activity of antioxidant enzymes and the concentration of glutathione in THP-1 macrophages under fluoride-induced oxidative stress
“These observations suggest that the fluoride-induced oxidative stress may suppress the antioxidant action of AChE inhibitors. Our results may have significance in the clinical practice of treatment of AD and other dementia diseases.”
International Journal of Environmental Research and Public Health: December 2018

“Fluoridation is mass medication with a known neurotoxin.”
David Banks
DDS
Once ingested, 50% of fluoride lodged into the hard tissues of the body and continues to bioaccumulate over a lifetime, which means elderly are at higher risk for skeletal fluorosis as they continuously bioaccumulate fluoride from chronic ingestion over a lifetime. Recently, many studies have strengthened the evidence that fluoride lowers IQ and is correlated with ADHD and cognitive deficits. Indeed, fluoride is identified as a known developmental neurotoxin by the Lancet.”
Rose Dorvel
JD
“I oppose dosing developing children with neurotoxins under the guise of "treating" them. I oppose damaging all body tissues to address dental damage which can be prevented by wiser, safer, and nutritional means. I oppose harming people to "protect" them.”
April Hurley
MD
“Every single ounce of artificially fluoridated water consumed, while drinking and eating foods that have been rinsed, washed or cooked …with hexafluorosilicic acid – a neurotoxin - no amount is safe.”
Carol Wells
RDH