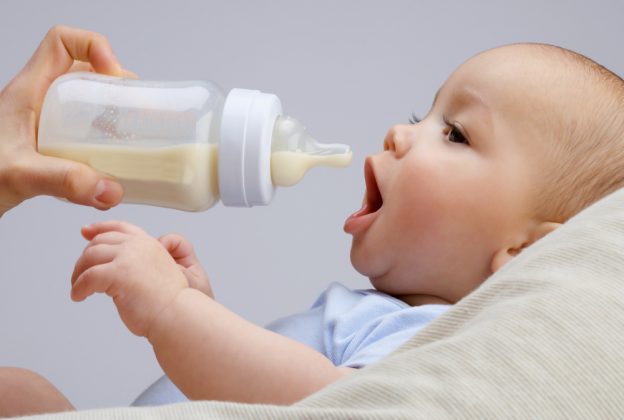 Australian health officials should be very concerned about this latest Canadian study, especially given NHMRC’s irresponsible actions to increase Upper Limits in 2016. This study found that children who were fed baby formula and lived in fluoridated areas as babies have significantly lower IQ compared to those who lived in non-fluoridated areas.

"After adjusting for fetal exposure, we found that fluoride exposure during infancy predicts diminished non-verbal intelligence in children. In the absence of any benefit from fluoride consumption in the first six months, it is prudent to limit fluoride exposure by using non-fluoridated water or water with lower fluoride content as a formula diluent."

This study1 conducted by Christine Till and her team of researchers at the York University in Canada, showed that formula-fed babies (with most of the powdered formula reconsitututed with tap water) in fluoridated areas averaged 4 IQ points lower compared to formula-fed babies in non-fluoridated areas.  Tests of non-verbal IQ showed even more dramatic effects, with an average loss of 9 points in the non-verbal component of IQ tests.

This study involved a carefully monitored cohort followed from before birth through age four. The study authors controlled for many factors. When they also adjusted for mothers’ fluoride exposure during the pregnancy, that only accounted for a small part of the IQ loss.  Thus, infancy may be at least as susceptible a period for neurotoxic harm as the prenatal period and exposure during both developmental periods may produce additional harm. The study shows that not just pregnant women should be advised to avoid fluoridated water, their children should as well.

The average water fluoridation level in Canada is 0.6 mg/L, while the current average in the USA is 0.7 mg/L. The average for Australia is around 0.8mg/L with a range of 0.6 – 1.1mg/L. When translated to typical water fluoridation levels in the USA of 0.7 mg/L, these findings suggest a loss of non-verbal IQ of 13 points for infants in fluoridated areas compared to those with low levels of fluoride in the water, so they are even higher for Australia.

This and other recent Canadian studies are also very relevant to Australia because of the similar socio-economic and other factors in both countries.

It is particularly important to note that fluoride levels in breast milk are normally extremely low – almost zero – and therefore an infant receiving baby formula reconstituted with fluoridated tap water is receiving around 200 times (and up to 250 times) the amount of fluoride compared to breast milk. This is a clear and resounding indication that nature does not intend for our young to be ingesting fluoride at a stage when they are most susceptible to this neurotoxic chemical.

In November 2016, Australia’s National Health and Medical Research Council (NHMRC) made a remarkable decision to substantially INCREASE the Upper Level of Intake for infants and children up to 8 years of age. The increase ranged from 71 per cent to 100 per cent for this age category.

This means, despite the risks of fluoride toxicity as once again demonstrated in this latest Canadian study, Australia’s upper fluoride limits for infants and children are now significantly higher than or DOUBLE the upper limits used in the United States and elsewhere.

The “Expert Working Group” (EWG) within NHMRC, who reviewed and changed these Upper Levels, was a highly-biased, pro-fluoride group. They even admitted that based on the original Upper Levels determined by the US Institute of Medicine in 1997, most Australian infants would exceed these limits. In particular, they realised that bottle-fed babies given baby formula reconstituted with fluoridated tap water would likely exceed the Upper Limits. So rather than taking appropriate steps to warn parents of the possible risks and the need to reduce fluoride consumption, they found a way to justify doubling the levels without drawing any unwanted adverse attention to the already-controversial water fluoridation program.

In 2017, NHMRC continued its egregious misinformation on fluoride levels for infants. The following are questions and answers from the document, “Water Fluoridation and Human Health in Australia: Questions and Answers to support the release of the 2017 Public Statement.”

These statements are even more abhorrent in light of this latest Canadian study by Till et al, which concluded that fluoride intake among infants younger than six months may exceed the tolerable UNITED STATES upper limits if they are fed exclusively with formula reconstituted with fluoridated tap water. Once again, in Australia the Upper Limits for infants and children up to 8 years of age were irresponsibly increased by 71 to 100 per cent by NHMRC in 2016 in order simply to avoid existing upper limits being exceeded.