"...children are especially at risk for higher blood lead in those communities with more old housing or lead in excess of 15 ppb in first draw water samples where silicofluorides are also in use. Preliminary findings from county‐level data in Georgia confirm that silicofluoride usage is associated with higher levels of lead in children's blood." 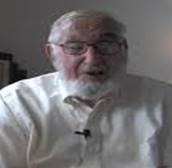 Roger D. Masters
MA, PhD, former Cultural Attaché at the American Embassy in Paris; Nelson A. Rockefeller Professor of Government Emeritus and Research Professor in the Department of Government at Dartmouth. 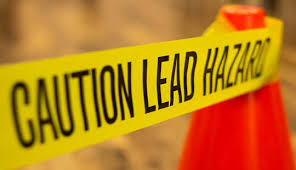 Several studies over the last 20 years have shown that silicofluorides may increase uptake of environmental lead in the human body, while calcium fluoride and sodium fluoride do not.

This is extremely relevant and important as lead is a powerful neurotoxin that specifically increases violent behaviour. (Please see our article Fluoride is a neurotoxin to read about the remarkable parallels between lead and fluoride).

In 1999, a study was conducted by Masters and Coplan; “Water treatment with silicofluorides and lead toxicity”. This study involved examining the Police records of the incidence of violent and non-violent crime (as the control mechanism) in fluoridated and unfluoridated communities. The fluoridated communities demonstrated a relative increase in violent crime, vs non-violent crime. Environmental lead comes mainly from old lead paint (often eaten by children) and plumbing joints. Lead is also present as a contaminant in the industrial grade chemicals used in fluoridation.

In response to the Masters et al study, the fluoridation lobby and the US Centers for Disease Control (CDC)  immediately commissioned a “damage conttrol” piece by Urbansky and Schock, published in 2000. This was a theoretical opinion piece only – not scientific research – yet is still relied on by fluoridation promonents as a “rebuttal” of Masters and Coplan’s work.

Masters and Coplans’ findings have been repeated and published.

In 2007, Coplan et al published their study; “Confirmation of and explanations for elevated blood lead and other disorders in children exposed to water disinfection and fluoridation chemicals.” This paper provided detailed rebuttals to the papers written by Urbansky and Schock, 2000; Macek et al., 2006; Morris/Finney et al., 2006, which allege “virtually complete dissociation” of silicofluorides into harmless silica and fluoride compounds.

“The role of silicofluorides with significant capacity for enzyme inhibition and other bio-activity adverse to neural health, among other problems, has not been properly explored. On the other hand, several studies designed to rebut this conclusion not only fail to do so, they provide evidence of its validity.”

Myron J. Coplan
Myron J. (Mike) Coplan, chemist and a highly-regarded consultant in chemical engineering and chemical sciences, specializing in creating and tailoring fibers and membranes. He served as a consultant, often with high-level security clearances, for NASA, USDA, EPA, the Post Office Department and the Department of the Interior.

Toxic metals like lead, manganese, copper and cadmium damage neurons and deregulate neurotransmitters like serotonin and dopamine (which are essential to normal impulse control and learning). Earlier studies show that – controlling for socio-economic and demographic factors – environmental pollution with lead is a highly significant risk factor in predicting higher rates of crime, attention deficit disorder or hyperactivity, and learning disabilities. Exposure and uptake of lead has been associated with industrial pollution, leaded paint and plumbing systems in old housing, lead residues in soil, dietary habits (such as shortages of calcium and iron), and demographic factors (such as poverty, stress, and minority ethnicity).

We report here on an additional “risk co-factor” making lead and other toxic metals in the environment more dangerous to local residents: the use of silicofluorides as agents in water treatment. The two chemicals in question – fluosilicic acid and sodium silicofluoride – are toxins that, despite claims to the contrary, do not dissociate completely and change water chemistry when used under normal water treatment practices. As a result, water treatment with siliconfluorides apparently functions to increase the cellular uptake of lead.

Data from lead screening of over 280,000 children in Massachusetts indicates that silicofluoride usage is associated with significant increases in average lead in children’s blood as well as percentage of children with blood lead in excess of 10μg/dL. Consistent with the hypothesized role of silicofluorides as enhancing uptake of lead whatever the source of exposure, children are especially at risk for higher blood lead in those communities with more old housing or lead in excess of 15 ppb in first draw water samples where silicofluorides are also in use.

Preliminary findings from county-level data in Georgia confirm that silicofluoride usage is associated with higher levels of lead in children’s blood. In both Massachusetts and Georgia, moreover, behaviours associated with lead neurotoxicity are more frequent in communities using silicofluorides than in comparable localities that do not use these chemicals.

Because there has been insufficient animal or human testing of silicofluoride treated water, further study of the effect of silicofluorides is needed to clarify the extent to which these chemicals are risk co-factors for lead uptake and the hazardous effects it produces.