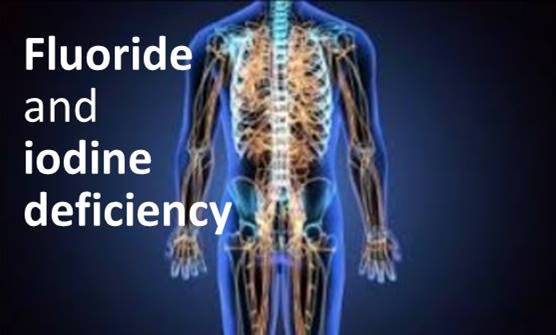 News
March 27, 2019July 23, 2019 andparry@gmail.com 358 Views
“Among many other issues, I discuss the potential conflict between public health policies such as water fluoridation and its contribution to iodine deficiency, neurodevelopmental and pathological disorders.” 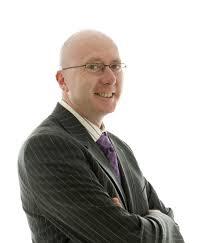 In this unique review1, the author examines the molecular mechanisms by which fluoride inhibits the “sodium iodide symporter” (NIS) a specific cell protein that facilitates active iodide transport in the thyroid gland and various other glands in the human body. By inhibiting NIS expression and functionality, this in turn contributes to impaired iodide absorption, diminished iodide-concentrating ability and iodine deficiency disorders.

The findings of this study provide unprecedented insights into the molecular mechanisms by which fluoride inhibits iodine uptake, transport and reabsorption, and provide a basis for minimising or preventing the risk of adverse health outcomes associated with iodine deficiency. The findings of this study further suggest that there are windows of susceptibility over the life course where chronic fluoride exposure in infancy may influence long term iodine status and health outcomes in adulthood.

Moreover, iodine deficiency in pregnancy can have profound implications on the health of offspring including risk of miscarriage, stillbirth, reduced IQ and greater risk of ADHD and ASD. In addition, loss of iodine bioavailability leads to lower antioxidant capacity, reduced anti-inflammatory capacity, impaired immunity and increased risk of cancer.

This is particularly relevant to Australia and New Zealand where natural iodine levels are very low in many soils where vegetables and grains are grown. Insufficient iodine in the diet results in a range of conditions known as Iodine Deficiency Disorder (IDD).

According to the Australian Thyroid Foundation, iodine deficiency is becoming an increasingly common cause of thyroid health problems in Australia. “More than 50% of children and pregnant or breastfeeding women living in Australia have been shown to be iodine deficient, and are at risk of developing thyroid disease,” says the ATF.

Therefore, actions that prevent the risk of adverse health outcomes are essential to improve the health of the world’s population and to reduce health inequities. Based on the findings of this study, evidence strongly suggests that fluoride ingestion contributes to pathological states by impairing iodine absorption and diminishing iodine concentrating ability.

“Whether or not public health practitioners and epidemiologists are ready to take up the implied challenge of these findings is, inevitably, related to the extent to which they are willing to continue to disavow the emerging evidence that fluoride intake is associated with negative health outcomes for the sake of continuing a policy of fluoridation of drinking water that inadvertently may be contributing to the pathogenesis of neurodevelopmental disorders, impaired immune responses, inflammatory diseases and cancer,” says Declan Waugh, Environmental Scientist and author of this review.

“Among many other issues, I discuss the potential conflict between public health policies such as water fluoridation and its contribution to iodine deficiency, neurodevelopmental and pathological disorders,” says Waugh.