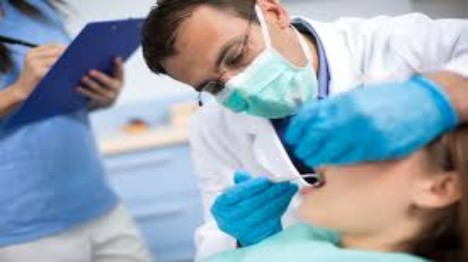 Some dentists claim a remarkable ability to tell the difference between fluoridated and non-fluoridated teeth. As David McRae reveals, perhaps they can, but not the way they think.

In March 2020, two state presidents of the Australian Medical Association (AMA) made reckless, uninformed statements to the media in NSW and Queensland about the safety and efficacy of water fluoridation. Their bold claims were triggered first by the AMA Queensland’s fluoride promotional campaign targeting unfluoridated Queensland councils; and second by Port Macquarie-Hastings Council’s decision to hold a public referendum on fluoridation at the next council elections.

Typically, whenever the subject of fluoridation arises, the media tend to seek out a local dentist to assuredly proclaim the safety and benefits of fluoride. These particular media articles again followed this old trend:

“One glance is all it takes to see whether someone grew up with fluoridated water,” said one Port Macquarie dentist. “I’d like to reassure people that it is actually very safe,” said another.

“One glance is all it takes to see whether someone grew up with fluoridated water."

Over the last twenty or thirty years I have heard similar, unsubstantiated claims many times, especially the remarkable claim that a dentist can take one look at a child’s teeth and tell right away if they come from a fluoridated town or a neighboring town without fluoride in the water.

Whenever a town is targeted for water fluoridation by a state government or local council it seems easy for the Australian Dental Association (ADA) to find a local dentist to make very positive statements about fluoride to the media. These statements usually include highly exaggerated if not false claims about the science of fluoridation and the marvellous benefits fluoride would bring. Statements like this often provide welcome reassurance for non-discerning residents or for those who just don’t have time to investigate this controversial subject.

In 2002 I was living in Geelong when the Victorian government launched a campaign to inform residents of Geelong they needed fluoridation. The ADA and the Victorian state government released a steady stream of promotional material to the local media about the poor dental health in Geelong and how fluoridation would dramatically eliminate tooth decay. Sure enough, it didn’t take long for a couple of local dentists – representatives of the ADA – to make the same old unsubstantiated claims. These dentists could tell right away, they boasted, if a child had grown up in Geelong without fluoride or in Melbourne with fluoridated water.

Sure enough, it didn’t take long for a couple of local dentists – representatives of the ADA – to make the same old unsubstantiated claims. These dentists could tell right away, they boasted, if a child had grown up in Geelong without fluoride or in Melbourne with fluoridated water.

The claim puzzled me. Over the next five years, as the controversy raged around the Geelong community, I asked several dentists about this subject. My own dentist was willing to offer an opinion. I also met a dentist who was a past state president of the ADA (formerly a fluoridation enthusiast) who at that stage had doubts about the practice of adding fluoridation chemicals to our drinking water.

Combining the comments of these two dentists, what I heard was essentially the following:

“No dentist can possibly tell where a child comes from by looking into their mouth.”

I persisted in asking why not; wasn’t it possible that fluoride made such a difference that they could tell? Absolutely not, I was told. It is simply a talking point that these dentists are given by the dental association when they agree to be the local spokesperson for water fluoridation.

Of course I asked my dental associates why. I learned that both cities, regardless of fluoridation status, had many children with cavities and many virtually cavity free. But according to surveys the overall difference between fluoridated and unfluoridated regions was and still is fairly small. Some surveys show fluoridated towns having sightly fewer cavities and other surveys show no difference.

When our hypothetical dentist came to examine each child, if the child had cavities he would declare: “must be from Geelong”. He might be right, but about half the time he would be wrong. Likewise a child with no cavities could equally come from Melbourne or Geelong, since both cities had substantial numbers of kids with good teeth.  The extent of cavities depends largely on the child’s diet and whether the parents have helped and encouraged the child to develop good brushing habits. For the factors that really affect tooth decay rates see this article.

Otherwise, if the two cohorts in this hypothetical test have similar backgrounds and lifestyles, a dentist undertaking such a test would come out with an approximate even score. It might be slightly better, it might be slightly worse; but the larger the cohort, the closer the score should approach 50 per cent.

There is, however, a glaring fact that is consistently overlooked: there are no dentists who have ever subjected themselves to such an examination or study. There has never been a trial, for example, where two groups of a hundred children were randomly selected from a fluoridated town and a comparable non-fluoridated town, and then examined by a team of dentists who attempted to identify the children’s origins.

There is, however, a glaring fact that is consistently overlooked: there are no dentists who have ever subjected themselves to such an examination or study.

These revelations led me to question my dentist associates: “does that mean these dentists who speak to the media in favour of fluoridation are lying?”

The former ADA president was circumspect. He said he wouldn’t accuse any colleague of lying; it’s just that they are simply parroting this claim from the talking points they are provided by the ADA. They possibly believe it’s true, or more likely don’t even think about that.

My own dentist was more forthright. He said of course they were fabricating this claim; it makes them popular with their dental association hierarchy and with health department officials.

One of my dentist confidants did have an afterthought. There is possibly a way, he told me, that a dentist could tell if a child grew up in fluoridated Melbourne or unfluoridated Geelong. The Melbourne kid may well have the markings of dental fluorosis on their teeth. That would be unlikely in a Geelong child unless they had unwittingly been consuming fluoride from another source, such as swallowing toothpaste. Dental fluorosis is a tooth enamel defect caused by consuming fluoride during a critical few months during the development of certain teeth. If the fluoride load is too great and the fluorosis worse than the mildest form, then it can lead to teeth more prone to decay and crumbling over the years.

So perhaps dentists can tell the difference between fluoridated and non-fluoridated teeth after all.

There is an unfortunate postscript. Geelong was forced by the Victorian government to fluoridate its water supplies in 2009. So now those dentists who spruiked fluoridation cannot be put to the test to tell if a child is from Melbourne or Geelong. How fortunate! But the same drama seems to unfold in other towns across Queensland, New South Wales, Western Australia and elsewhere. It unfolds in front of local citizens, Councillors and other officials who don’t have the benefit of hearing the facts behind this story.