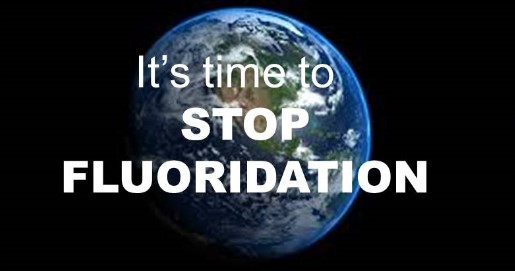 In stark contrast to the US Center for Disease Control’s claim that fluoridation is one of the top ten public health achievements of the 20th century, it is in fact one of the most widely rejected health interventions in the world.

Out of 196 nations, only 24 have any fluoridation, and only 10, like the U.S., for more than half their population. Over 95% of the world’s population is fluoridation-free. The U.S. fluoridates as many people as the rest of the world combined.

None of the largest Asian nations, including China, India and Japan, fluoridate. Out of 54 countries in Africa, only one fluoridates – Libya, and only for a small percent of its population. In Europe, only four out of 48 countries fluoridate (less than 2% of the population). A few have fluoridated salt, but only as a consumer choice.

France, Germany, Belgium, the Netherlands, Denmark, Norway and Sweden have all prohibited fluoridation, many citing the ethical problem of putting any drug in drinking water.

For dozens of nations that haven’t banned it, thousands of major cities and smaller towns don’t fluoridate, including Athens, Barcelona, Budapest, Geneva, Helsinki, London, Madrid, Prague, Rome, Vienna and Warsaw. Ireland is the only European nation mandating fluoridation. But despite the mandate, 13 town and county councils, including Dublin and Cork, have voted for its immediate cessation.

Many organizations still support fluoridation, but those opposing it grows year by year. They include:

The trend is clear. And as the scientific data accumulate, more and more nations, cities and organizations are challenging the safety, efficacy, costs and ethics of fluoridation. 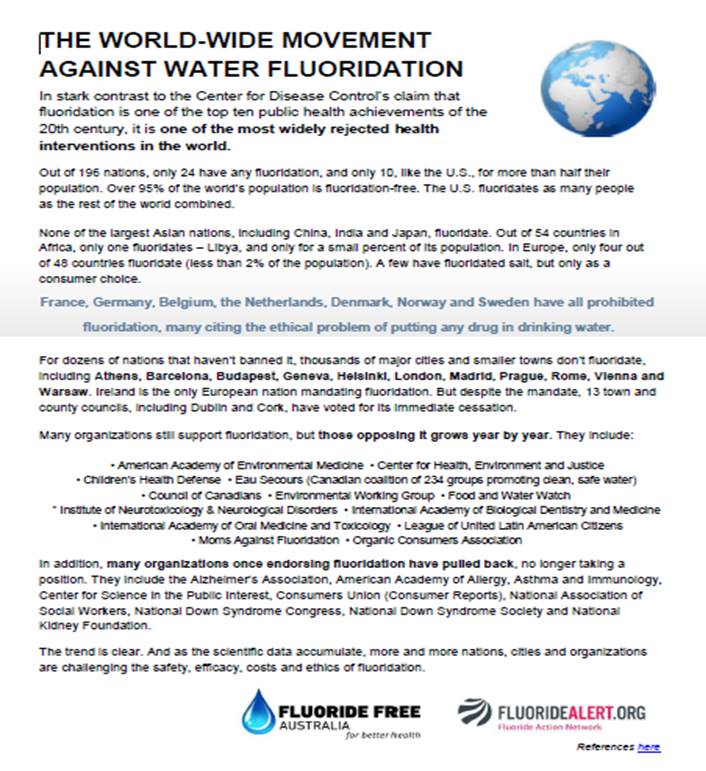 Download a one-page flyer on the Word Wide Movement to Stop Fluoridation here.